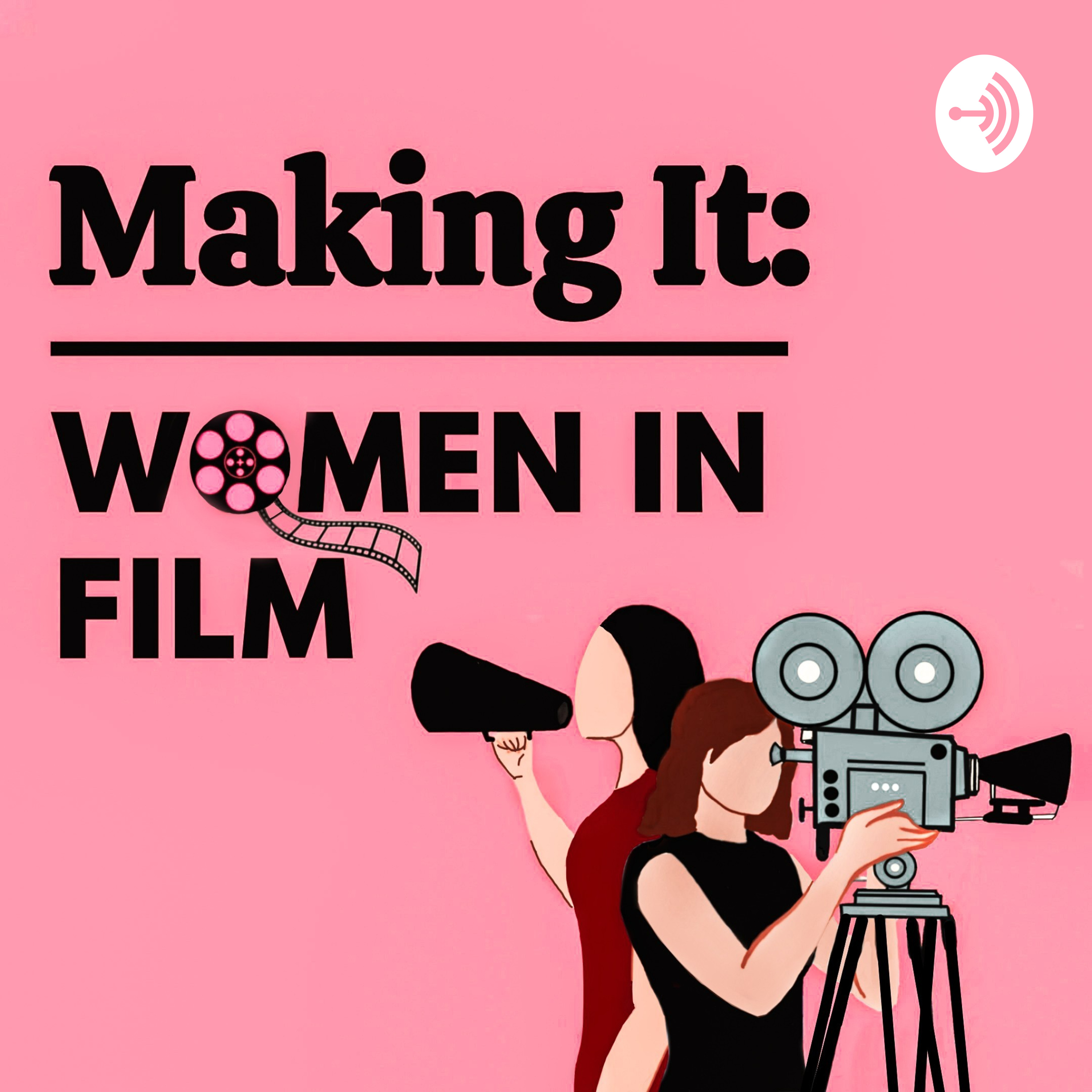 #24 | 6 Years — 1 Documentary: The Making of Bleeding Audio with Chelsea Christer and Erin Persley – Making It: Women in Film

When Chelsea was a film student in the San Francisco Bay Area, she got in touch with the members of The Matches – a punk rock band based the same place. She did a few video shoots for them, and kept in touch over the years. When they announced their reunion, she originally pitched doing some mini docs to drum up the buzz, but as the reunion came to be, she realised that this was a much bigger story than she had anticipated – and wanted to create a feature length documentary on what she calls their ‘redemption arc’.

“They had such a central focus on their fans,” Chelsea says, explaining how even though their lyrics were so personal, they resonated widely with their audience. She says, that in many ways, they were community leaders – focused on inclusion and that one-to-one connection. And then, as many indie musicians experience, they kind of faded from the limelight. With Bleeding Audio, she wanted document the struggles that independent musicians face today.

Erin Persley is an award winning documentary filmmaker and producer. A common thread throughout her work is unveiling personal stories that connect communities. Some of her previous films include Living Inside Out – a doc about three women’s experience of prison re-entry in SFBA – and Empowering the Yard which examines the education of HIV in a women’s prison. Erin met Chelsea at a workshop for women in film, where Chelsea mentioned her need for a producer. Since then, they’ve worked hand in hand to get this story to the finish line.

It takes a special kind of willpower to work on a project for six years. From scheduling, to shooting, to editing, to fundraising, and then finally festival circuiting, it is not an easy ride.

“I get why people quit,”

But as Erin put it: Documentary filmmaking is a marathon. Of course, narrative fiction also often is, but there is an extra layer to the world of documentaries that requires a strength and faith in your craft to continue. “At every point, a documentary filmmaker will think ‘Is this where I turn away? Or do I keep on going?’ because there are so many highs and lows.” Erin says,  “If your story isn’t strong enough, then it is not going to stand six years. At some point you will be like ‘Eh, you know what, it’s not quite working. I put as much as I could put in and now it’s done,’ But I think it is because we had such a strong story, and I think that Chelsea knew it deep down.”

And then, there is of course the cringe of having to look back on footage you took six years ago, as Chelsea reminisces. “You’re like ‘Ah! This amateur! Why am I dealing with this footage? You should know this by now!’. But I am very proud of the project too, so it is always a funny balance.”

It has been a long journey, and six years later, it seems paid off well. Bleeding Audio is part of Slamdance Film Festival’s 2021 slate – which is happening right now (Feb 12-25). Get your festival passes here and support indie filmmakers!

You can listen to #24 | 6 Years – 1 Documentary: The Making of Bleeding Audio with Chelsea Christer and Erin Persley, now on all major podcast platforms (Spotify, Google and Apple Podcasts, etc.), to learn more about them, the full story on the filmmaking process, and some excellent, experienced, advice on how to actually get your work into film festivals!

Find out more about Bleeding Audio on their website.